A return to tradition: How Nebraska farmers are adapting to regenerative farming 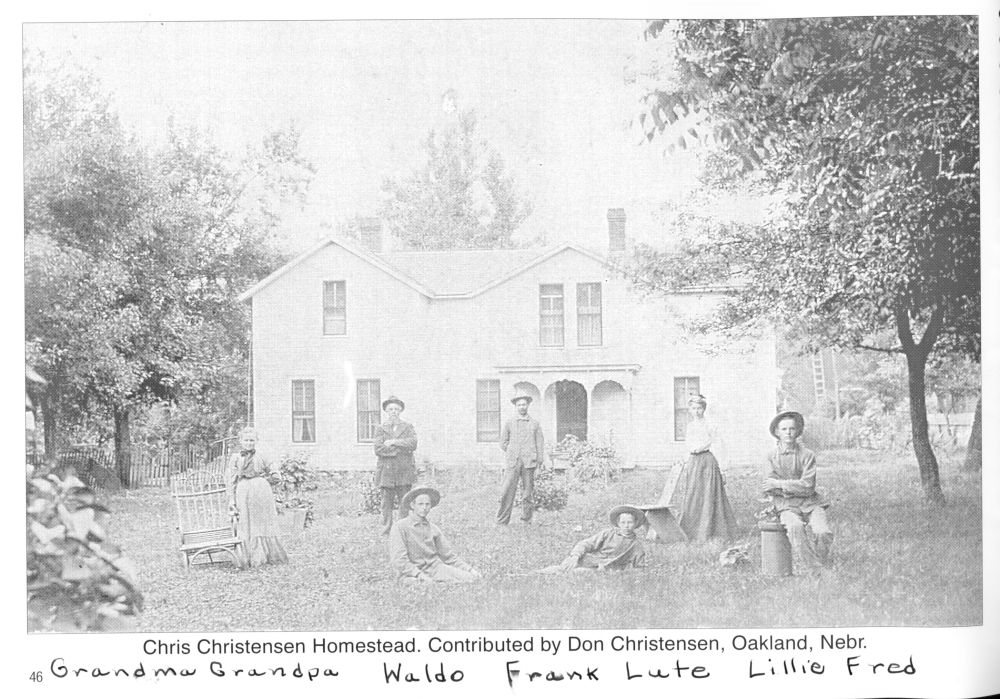 Nebraska is one of the key states for farming in the United States which, according to the Nebraska Agriculture Fact Card from the Nebraska Department of Agriculture, is the number one beef and veal exporter, third-highest producer of corn and the fourth highest in soybean production.

Despite these rankings, some Nebraska farmers are concerned about the effects that traditional farming practices are having on the environment.

“Nitrous oxide is on the rise,” said Graham Christensen, president and founder of GC Resolve and vice president of Christensen Farms, Inc. “It’s much more potent greenhouse gas than carbon dioxide is.”

Because of the increase in emissions, some farmers are turning to regenerative farming as a solution.

Regenerative farming is a technique of farming where conservation practices such as increasing biodiversity, improving irrigation, planting cover crops, not tilling the ground and others are utilized.

While this practice may be new to some, some farmers recall it as how farming used to be done.

Farming has long been a family-based business where every member of the family is involved in producing crops and raising cattle. Farmers are often apart of a long generational line where each successive generation takes over to continue the family farm.

Christensen, a fifth-generation farmer, still has the declaration of residency that his great-great-grandpa, Christian Christensen, received when he moved to Nebraska from Denmark in 1867 to establish his farm. Christian left Denmark due to the monarchy’s rule over his farm.

“He had felt oppressed that he was a serf on the land in Denmark under the monarchy who didn’t allow this more independent structure of business,” Christensen said. “So he left for a better opportunity and to re-establish his independence.”

While some families moved to the United States to reclaim their independence, others came for educational opportunities.

“He wanted to go to college and his dad promised him when he got out of high school he could go to college,” Brugger said. “When he graduated, his dad told him, ‘no you’re going to come work for me.’”

Samuel had no desire to work at the shoe company that his family owned, so he left for the United States to pursue his education. When he first came to the United States, Samuel began to work for other farmers and eventually purchased his own plot of land to start his family and establish his farm.

For both Christensen and Brugger, their farms still remain a part of their families, and they continue to work on them to this day.

“Regenerative farming has been around forever,” Christensen said. “My grandpa was using a lot of these techniques.”

The way farming has been done throughout history has changed drastically, especially in the past hundred years. Agriculture producer Clay Govier, 38, discussed how farming changed from organic farming to more fertilizer based production following World War II.

“It was after World War II when we had all this material that we were using to make bombs and we stopped making bombs after the war was done and we were like ‘what do you do with ammonium nitrate,” Govier said. “It’s a perfect corn fertilizer; it turns out.”

In addition to using fertilizer, farming in the United States became more about exporting and overproduction, according to Govier.

“We’re so focused on overproduction in this country,” Govier said. “[This is] to the detriment of our soil, and our water, and wildlife and everything.”

In response to the farmers’ concerns, many are turning to regenerative farming as a way to counteract the issues.

While the term regenerative farming is relatively new, the practices it employs are hundreds to thousands of years old.

“Regenerative farming has been around forever,” Christensen said. “My grandpa was using a lot of these techniques.”

“You could take some of those old school techniques, and you can introduce those with new applications,” Brugger said.

Matthew Brugger, along with his brothers Joseph and Samuel, started Upstream Farms in 2017 where they employ these practices in their farming.

These farmers are using regenerative agriculture to help reduce the effects of greenhouse gases and slow down global warming.

“Some of my first memories were riding on the back of tractors with American flags,” Brugger said.

While these farmers are utilizing regenerative farming to fight global warming, they are also using it to regain independence.

Christensen was born in 1979 at the start of the American farm crisis where he said he “walked right into a really bad downturn for the agricultural economy.” Christensen’s parents were involved in the American Agriculture Movement, an organization of small farmers who, according to Christensen, “was a counter to the farm crisis that supported the independent family farmer.”

“Some of my first memories were riding on the back of tractors with American flags,” Christensen said.

This movement was to counter the growth of multi-national corporations farms that were straining smaller farms, making it more difficult for them to maintain their own independent operations.

“My dad always told me that as farmers, if we didn’t take part in the political process that people would write our own interests for us,” Christensen said.

Christensen also worked at the Nebraska Farmer’s Union for 7 years where he helped organize efforts against the Keystone XL Pipeline.

While Govier did not directly take action against the pipeline, he was concerned over its building in Nebraska.

“The scariest thing about it is we basically gave eminent domain to a foreign company which sets a terrifying precedent,” Govier said.

Govier also expressed concern about the pipeline being built over the Ogallala Aquifer.

“Even though pipelines are typically safer, it’s still a volume thing,” Govier said. “The more oil that crosses are land and aquifer, the more chance that there is an oil spill.”

“It’s urgent that we get young, diverse people back out into the country. We need the next generation to be able to step in,” he said.

While more and more farmers are utilizing these practices, there is still some pushback.

“It’s not something being super embraced in agriculture right now,” Brugger said. “It’s a little too progressive and people don’t want to talk about it right now.”

For some farmers, it’s a matter of taking pride in their work and wanting to keep with tradition.

“It feels as if you’re saying ‘I don’t believe in what you’re doing, so I’m doing something differently’, so people take offense to that because it’s their livelihood,” Brugger said. “When they’re putting as much work as they are into that land, to tell them they’re doing that incorrectly, it’s off-putting to a lot of people.”

All three have spent time educating other farmers about regenerative farming and how it can be beneficial for their own operations.

Govier in particular took to Twitter to bring information to people and change the narrative.

“Twitter has turned into an echo-chamber in and of itself,” Govier said. “Most of these producers realize it, but they are just talking to a pretty small group of other producers.”

Despite this, Govier feels that this is an opportunity for him to reach out and change the narrative.

“But it’s actually kind of advantageous for me because that is obviously my wheel-house too and so if I can share some of these different agronomic practices; that’s the audience I want to reach,” he said.

Brugger and Christensen both have their own agronomy consulting companies that help farmers learn new practices and how to better their farms. For Brugger, Upstream Farms also has a consulting operation. Christensen started his company GC Resolve to help farmers but to also advocate for regenerative practices.

Regenerative farming has become more and more recognized in recent years. Despite the pushback in some cases, there is hope for it to be utilized more in the coming years.

For Christensen, the top priority for farming is to bring in the next generation of farmers.

“It’s urgent that we get young, diverse people back out into the country. We need the next generation to be able to step in,” Christensen said. “But they don’t have the ability until we invest in our future and prioritize that. We need more young people out there because young people are adapting more philosophically and creatively to the opportunities to become regenerative farmers.”

Although bringing more young farmers back into the industry is important, Brugger also believes that farmers are innovative and should push to change with the times.

“Farmers are some of the most innovative people in the world,” Brugger said. “For centuries we’ve had to embrace different ideas in order to do that. Why not try to do things different?”