Coalition forms amid pandemic to advocate for structural change in rural U.S. 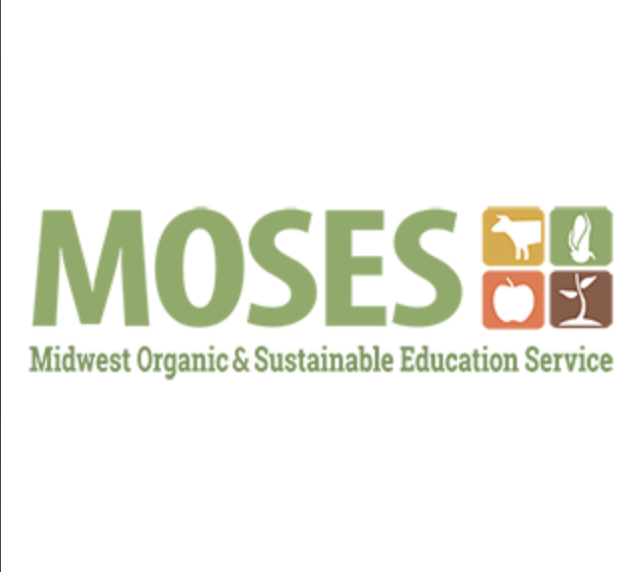 The writing has been on the wall for years. The industrial agricultural system has been on the brink of collapse for some time, being only one major disrup- tion or a series of disruptions away from catastrophe. COVID-19 was, in fact, that catastrophic disruption.

After a culmination of historic weather events and political mishaps already sinking the agricultural economy, the virus was all that was needed to unleash the unfathomable into the day-to-day fabric of our lives, exacerbating the severity of the ongoing farm crisis and accelerating the decay of the modern food production system.

One of many groups already conversing about a structural redirection of agriculture prior to the COVID-19 outbreak was GC Resolve. GC Resolve, an initial founding group of the RegeNErate Nebraska net- work, had been advocating loudly to move to the more solution-oriented and community-based regenerative agriculture model. As believers in a more unified front to connect all the varying sectors of the food production system together, GC Resolve was already participating in national conversations around reconstructing the future direction for the next generation of farmers and ranchers.

Most profound was the increased exposure to the virus of the “essential” workers packed into a hand- ful of over-centralized processing plants controlled by only a few companies, many foreign-owned. To make matters worse, these companies and a handful of elected officials suppressed information about safety issues arising from worker exposure to the virus, withheld the infection data from the general public, and neglected health care benefits and in many cases clean personal protective equipment (PPE) for the workers. In the case of Brazilian-owned JBS Swift in Grand Island, Nebraska, resources that could have gone to protect workers have instead been allocated towards the host city’s recreational goals. (See www.newschannelnebraska.com/story/42433181/ jbs-donates-to-multiple-grand-island-projects.)

As the GC Resolve team began to devise local strategies in Nebraska to support and uplift their regenerative network, which consists of about 90 regenerative farmers, tribes, supporting businesses and partnering organizations, they were approached by Rob Wallace, evolutionary biologist and author of Big Farms Make Big Flu, to further build up a national coalition aimed at devising solutions to the problems rural communities are facing during the COVID-19 pandemic. GC Resolve jumped at the opportunity to build on their work taking place in the heartland. This coalition is now known as PReP Rural. PReP stands for Pandemic Research for the People. It is a crowdfunded program the Agroecology and Rural Economics Research Corps set up to rapidly devise and disseminate practical solutions that will aid communities around the world struggling with the pandemic.

PReP is sponsoring a series of working groups to address different facets of the pandemic. While PReP Rural is focused on supporting rural communities, PReP Neighborhoods, for instance, is addressing how mutual aid groups can help in inner-city neighborhood responses. Another PReP group, PReP Agroecologies, is addressing what alternate agricultures that keep patho- gens from emerging in the first place might look like.

A lot of great research is being conducted right now on COVID-19 from its biomolecular characteristics to potential antivirals to epidemiologies at the broadest geographic scales. Still much research remains hand- cuffed by an increasingly tense political climate.

Meanwhile, the needs of everyday people most immediately affected by the pandemic are being left unaddressed. PReP Rural focuses on answering questions around people’s pandemic needs first, and then delivering key structural action steps identified to be the most impactful ways to redirect our food systems away from the industrial model and towards regeneration.

After the first PReP Rural meeting the coalition drafted a values statement:

“The impact of vertically integrated agriculture has had a devastating impact on rural communities includ- ing on Native American, African American, Latino/ Latina, Immigrant and Refugee, and Family Farm and Ranch families. COVID-19 has highlighted national security risks which point to long-overdue updates or reforms to the current agricultural and food production system. In response, a new coalition, PReP Rural, has formed for the purpose of carving out a regenerative pathway forward to ensure good health, fairness and equality, ecological purity, and economic prosperity for all those living in rural communities.”

PReP Rural’s research is focused on addressing solutions for the issues rural communities are facing during the pandemic through a series of urgent dispatches composed for a more intersectional community within the general public. The coalition meets regularly through Zoom with a speakers series and dialogue focusing on key questions and a wide array of interconnected issues including the national security implications of central- ized food production, the interdependence of urban and rural agrofood ecologies, the evolution of the modern- day conventional food system from the inception of slavery and indentured servitude, good nutrition and wellness, pathways of ownership of land for young and diverse people, and the reorganization of federal farm subsidies.

Recently the PReP Rural Coalition released their first Dispatch Action Steps titled, “Fixing COVID-19- related disparities and the national security threat of a fragile food system.” (See bit.ly/PRePactiononCOVID). Centered around national security issues stemming from COVID-19, the dispatch includes a case study from Nebraska on how the de-regulation of industrial agro-business has allowed the food system to threaten our regional and therefore national security, brings to light human rights violations impacting meatpacking workers and farmers, and advocates for clear and simple solutions in order to expedite regeneration.

These dispatches are composed to help more people better understand the big picture, and to guide a more unified approach around key regenerative solutions. Intersectional understanding of the national security threats from our fragile food system is foundational to regenerative change.

The coalition has already garnered attention from various media outlets locally, nationally, and globally after the release of the first PReP Rural Dispatch Action Steps. Immediate actions from the first dispatch include both state and federal actions:

Workers deserve a greater share of the profits they generate in the form of increased pay and benefits. They also are entitled to comprehensive healthcare that helps bolster their immunity to infectious diseases in advance of pandemics and offers them effective treatment int he event they become infected, especially since they are risking their lives to get food to millions of Americans and foreign markets. The federal government must mandate that industrial meat packers implement genuinely hygienic labor protocols(that are health-driven rather than profit-driven), expand their worker safety training, and hold accountable violators of these policies.

2. Anti-trust legislation. Proper antitrust enforcement is essential for decentralizing the meatpacking monopolies and increasing opportunities for more independent processors. The enforcement of anti-trust laws also will enable independent family farmers and ranchers to decouple themselves from industrial agribusiness’ stranglehold on the food chain, which has led to an uncompetitive and non-transparent marketplace.

3. State inspection of meat processing.The current system overregulates local meatpacking facilities, making it hard for farmers and ranchers to process their livestock. During the ongoing pandemic, farmers have been told they will not be able to process their livestock until late 2021 to early 2022 in many cases. A COVID-19 outbreak that persists into fall and winter this year could further disrupt local food accessibility, as well as the operations of small farmers and ranchers who depend on these processors to sell and market their livestock. A key barrier to local and regional market access for independent livestock producers is an inspection system that allows only four companies to retain control of the entire livestock market. Legalization of state inspection would aid independent regenerative producers in their efforts to supply nearby markets with locally produced pasture- and rangeland-raised meat, a necessary aspect of local food security in the likely event of other pandemics and climate disturbances. Furthermore, interstate shipment of meat must be allowed to increase regional market access of farmer goods from consumers. The federal Cooperative Interstate Shipment (CIS) Program can easily be joined by respective states to once again open up our borders for shipment of meat.

4. Farm subsidy reform. By distorting markets in favor of vertically integrated corporations, the current farm subsidy structure discourages innovation by entrepreneurs motivated to institute a new regenerative food system—one that improves public health by increasing access to fresh and more nutritionally dense foods. Currently, the majority of Farm Bill subsidies support the production of low-quality foods developed by a few giant agrichemical, processing, and merchandising companies motivated by profit rather than the well-being of millions of urban consumers and rural residents. Federal investment in resilient, locally and regionally oriented agricultural production must stabilize food supplies in times of disaster, invest in new, independent processing facilities, equip thousands of processing workers in all meatpacking facilities with the PPE needed to protect them from unnecessary exposure to infectious diseases, and help transition young, diverse farmers immediately into regenerative farming.

6. Grain reserves. Much neglected Farm Bill initiatives such as managed grain reserves should be revived to put the independent farmer or rancher in a position to increase food security in times of national disruptions like pandemics. A properly run reserve not only assures the independent producer a fiscal safety net, it also protects the food security of mass populations whose access to distant grain sources is disrupted.

The PReP Rural coalition believes these six interventions can immediately alleviate the worst outcomes for producers, essential workers, and the broader consumer base no matter their socioeconomic status. These actions can also make sure another outbreak, increasing flooding and other climate-related disturbances, and any other unforeseen emergency never gridlocks our food production again.

The organizations that served as contributors for the first dispatch were the following:

“Neglecting Nutrition: How a pandemic exposed health disparities in the rural U.S.,” will be released soon. It will draw light to the current and historical inequality from the impact of pandemics and the reasons for it, how food neglect can lead to chronic disease that worsens COVID outcomes, and how proper nutrition is also the cure to many underlying health conditions. All of the current and future PReP dispatches can be found at www.prep- thepeople.net/dispatches.

Upcoming PReP discussions will focus on plantation economics and historical discrimination in the USDA, the redirection of corporate farm subsidies, and path- ways to landownership.

The PReP Rural coalition is open and inclusive to individuals and organizations that align with a regen- erative future. To join in discussions, email [email protected] gcresolve.com.