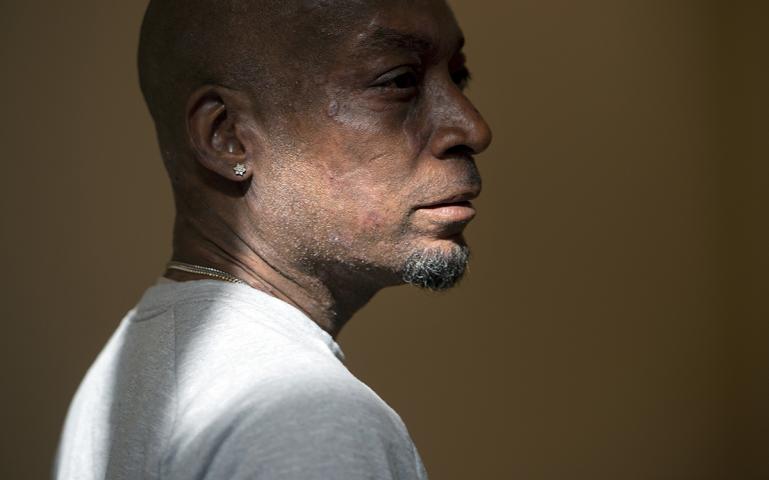 Just after midnight on August 1, 2017, attorney Brent Wisner gave his legal team the go-ahead to start publishing a series of internal memos and documents from the Monsanto corporation. The internal communications made clear that Monsanto—the company that created saccharine and went on to develop DDT and Agent Orange—was not only aware that independent scientific studies had found that its blockbuster weed killer, Roundup, and the primary ingredient in Roundup, glyphosate, were probably carcinogenic and harmful to human health, but the company had also tried to bury the findings. The documents also proved that Monsanto ghost-wrote scientific studies that suggested Roundup was safe (when the company knew it wasn’t), paid experts to support those claims, pressured scientists to reverse their previous conclusions that glyphosate could be linked to cancer, and successfully lobbied regulators at the EPA to keep the agency’s own findings—that glyphosate was probably harmful to humans—under wraps.

Decades of research connected the weed killer to cancer. According to the internal documents Wisner and his team published, Monsanto—instead of doing the right thing and pulling the product off the market given all it knew—did everything in its power to cover it up.

“This is a function of a system where we allow money to wield influence in Washington, DC,” Carey Gillam, author of The Monsanto Papers: Deadly Secrets, Corporate Corruption, and One Man’s Search for Justice (Island Press, 2021), told Sierra. “Scientists are trying to do the work to protect public health, but if their research interferes with the profit motives of a multibillion-dollar corporation, those scientists can see their work limited or even censored. Corporate influence digs deep.”

The Monsanto Papers is essential reading for anyone who wants to understand the dangers of glyphosate to human health and the corrupt system of corporate and political influence that enabled Monsanto to sell its toxic weed killer for decades.

“The EPA has a long history of rubbing elbows with the companies that they regulate. The result is, profits get protected, and public health does not.”

Wisner’s decision to release what became known as “The Monsanto Papers” is a pivotal moment in that story. The release of the documents resonated around the world and did exactly what Wisner intended: They turned what had been a years-long legal battle for justice, fought behind closed doors, into an international sensation that tuned lawmakers and regulators around the world into the dangers of glyphosate. Monsanto had been trying to keep the case quiet and make it go away; Wisner was not going to let that happen.

Wisner is just one of a fascinating cast of legal characters in this gripping tale, and Gillam, a master storyteller and investigative reporter, brings them to life in vivid detail. Attorney Mike Miller, of the Miller Law firm, lives in the small town of Orange, Virginia, described as “the kind of town where a busy lawyer could walk a couple of blocks for a quick lunch of deep-fried chicken livers and made-from-scratch cornbread at the Country Cookin Café.” Attorney Aimee Wagstaff “preferred jeans or sweats to business suits, rarely wore makeup, and often laced even casual conversations with strings of raw profanity and dark humor.” Michael Baum, the managing partner of Baum Hedlund Aristei & Goldman, drives a Jaguar, boogie boards in his spare time, and works in an office that “was a reflection of the fact that Michael was one part harried lawyer and one part aging hippie.”

These and many other legal aides and tort lawyers eventually collaborate, pool resources, and come together to try to deliver justice on behalf of thousands of plaintiffs who claimed that exposure to Monsanto’s herbicide had caused their cancer. Thanks to Gillam, we get the insider account of how it all happened.

Yet in spite of these many colorful characters—and the Monsanto lawyers against whom their inveterate chess match is meticulously waged—it is their work on behalf of one man in particular that persists as the magnetic lodestone of this tragic story: school groundskeeper Dewayne “Lee” Johnson. Johnson, thanks to this eclectic team of lawyers, became the first plaintiff to score a legal victory against Monsanto for selling and marketing glyphosate products. In 2018, with just months left to live according to his doctors, Johnson won a staggering sum of $289.5 million in punitive damages (he and his family have yet to actually receive that money from the company), which pushed “Go” for thousands of other plaintiffs to seek retribution.

Johnson was doused with a generic version of Roundup, called Ranger Pro, in a freak accident while at work. Not long after that, he began noticing what looked like a rash on his skin. In 2014, he was diagnosed with a debilitating form of non-Hodgkin lymphoma; by then, lesions and bumps the size of BB pellets covered his face and body. Before long, Johnson—a once nearly homeless man who had since worked his way to a middle-class lifestyle, making a five-figure salary that helped support his family, and now wore a “Blessings for the righteous” tattoo on his forearm to mark the path—was fighting for his life.

Johnson’s diagnosis came some 40 years after Monsanto first introduced its weed-killing glyphosate chemical to the market. In the early 2000s, Monsanto rolled out genetically modified “Roundup Ready” corn, soybean, and cotton seeds that were impervious to the weed killer, which led farmers to saturate their fields with the herbicide, exposing millions to the chemical. As we learn from Gillam’s careful re-creation of the history, decades of research showed that the product was linked to cancer, and that Monsanto knew of those studies. But when Johnson received his diagnosis, those facts were the stuff of corporate secrets Monsanto kept hidden.

It wasn’t until Tim Litzenburg from the Miller Firm took on Johnson’s case, and Wisner, who later took over for Litzenburg, published “The Monsanto Papers” (following a contentious back-and-forth with the company during a discovery process), that Johnson knew the truth of why he was dying, and who was responsible.

“Scientists are trying to do the work to protect public health, but if their research interferes with the profit motives of a multibillion-dollar corporation, those scientists can see their work limited or even censored. Corporate influence digs deep.”

As with her previous book Whitewash, Gillam—who was one of the first journalists to receive and report on “The Monsanto Papers” after months of bulldog reporting on glyphosate—is out to expose not just a couple of wrongdoers, but the entire system that makes such crimes possible. This is the story of a corrupt regulatory process in which a corporation like Monsanto can knowingly sell a dangerous product for decades and manipulate the system in ways that shield it from public and regulatory scrutiny, all while raking in billions annually.

Meanwhile, like in Whitewash, we are once again reminded of the EPA’s history of lax regulatory enforcement and outrageous collusion with industry. In just one example, Gillam documents how in 1985, eight members of the EPA’s toxicology branch were pressured to reverse their classification of glyphosate as a Category C carcinogen and amend the classification to “not likely to be carcinogenic.”

“The EPA has a long history of rubbing elbows with the companies that they regulate,” Gillam says. “The result is, profits get protected, and public health does not.”

The litigation against Bayer AG, which purchased Monsanto in 2018 and is now liable for its legal problems, continues. Meanwhile, Roundup can still be found on shelves in just about any hardware store. But that doesn’t discourage Gillam.

“So many people are now aware of the dangers,” she says, “and are either switching their use of it or taking more precautions, or going to their school districts to say, ‘Don’t use this.’ There’s a movement to address this problem. The bigger picture that’s discouraging to me is that there are so many examples of this, so many chemicals, so many cases of corporations that are able to convince the EPA to look away while they market their dangerous products.”

Gillam points out that 39.8 percent of Americans are expected to get cancer in their lifetime. That grim statistic is personal: Her father died just 41 days after receiving a brain cancer diagnosis. He had been exposed to massive quantities of insecticide 18 months before his death.

“We’re all exposed to so many environmental toxins, and science shows us that these toxins can cause cancers, disease, and reproductive harm,” she says. “I don’t know how we change that, but I know we have to. If we don’t, we are ensuring that our children are going to face a dark and painful future.”