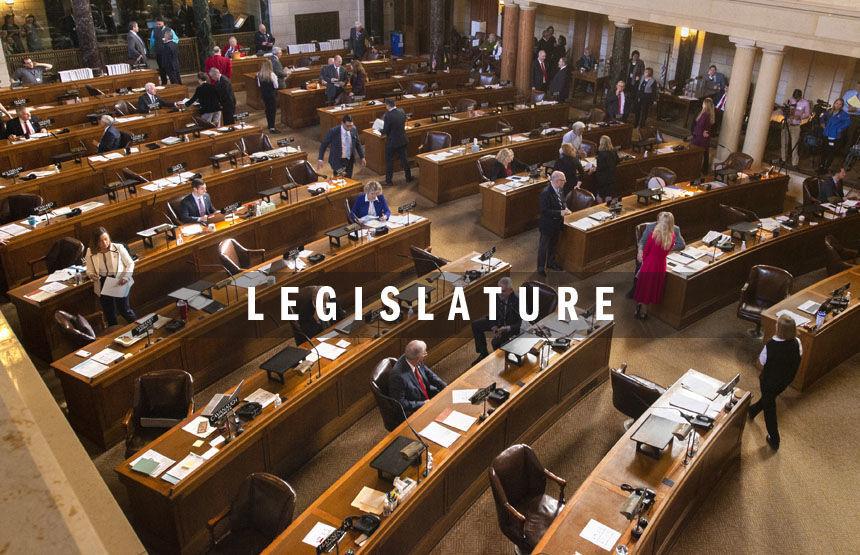 A Nebraska lawmaker introduced a bill Thursday to expand partnerships between local school districts and local producers to feed students.

It would connect school administrators and cafeteria managers with farmers, market gardeners and other producers to supply school lunches with fresh produce, dairy and meat products.

"Here in one of the agricultural powerhouses of the world, we're hemorrhaging both our tax dollars and our food dollars from our communities and school districts by purchasing out-of-state food to feed our kids," he said.

Nebraska should aim to source the food served in its school cafeterias, including beef, chicken, dairy, grains and in-season vegetables and fruits from local producers, Brandt added.

Doing so would keep property tax dollars paid to support school districts circulating in local economies, rather than spending them out of state.

Brandt, who farms in Jefferson County, said the program also would help teach students about where their food comes from.

"Farm to school is not only educating a new generation of savvy consumers and healthy eaters," he said. "It's a training ground for the farmers and market gardeners of tomorrow."

EVICTION MORATORIUM: Cities could enact moratorium periods for evictions and mortgage foreclosures during a public health emergency like the COVID-19 pandemic under a bill (LB394) proposed by Lincoln Sen. Adam Morfeld.

EVICTION REPORT: Omaha Sen. Wendy DeBoer sponsored a measure (LB402) requiring the Nebraska Supreme Court to compile a report twice a year about the number of eviction proceedings initiated, the number of tenants and landlords represented by attorneys, and the orders granting restitution of the premises.

TRANSMISSION LINE MORATORIUM: A moratorium until 2023 on construction of electric transmission lines was proposed by Sen. Tom Brewer of Gordon. The bill (LB409) calls on the Legislature to form a special committee to study the necessity of transmission lines, the process of routing, customer and ratepayer interests, as well as private-property rights.

VETERANS TAX BREAK: Military retirement benefits would be fully exempted from the state income tax effective in 2022, rising from the current 50% exemption, under provisions of a bill (LB387) introduced by Sen. Tom Brewer of Gordon at the request of the governor.

BROADBAND EXPANSION: Internet broadband expansion would be implemented under the Nebraska Broadband Bridge Act (LB388) introduced by Sen. Curt Friesen of Henderson and Speaker Mike Hilgers of Lincoln at the request of the governor.

PROPERTY TAX LIMIT: A proposed constitutional amendment (LR22CA), sponsored by Sen. Lou Ann Linehan of Elkhorn at the request of the governor, would limit local property tax revenue increases to 3% a year. Voters would consider the proposal at the 2022 general election.