One Nebraska farmer is part of an advocacy group working towards better working conditions for food processing plants.

Graham Christensen is a fifth generation farmer from Oakland, Nebraska. He’s also the founder and president of GC Resolve, an advocacy group that works on environmental issues, particularly around agriculture. Such issues include: environmental degradation, rise in emissions, and deterioration of water quality in the community. 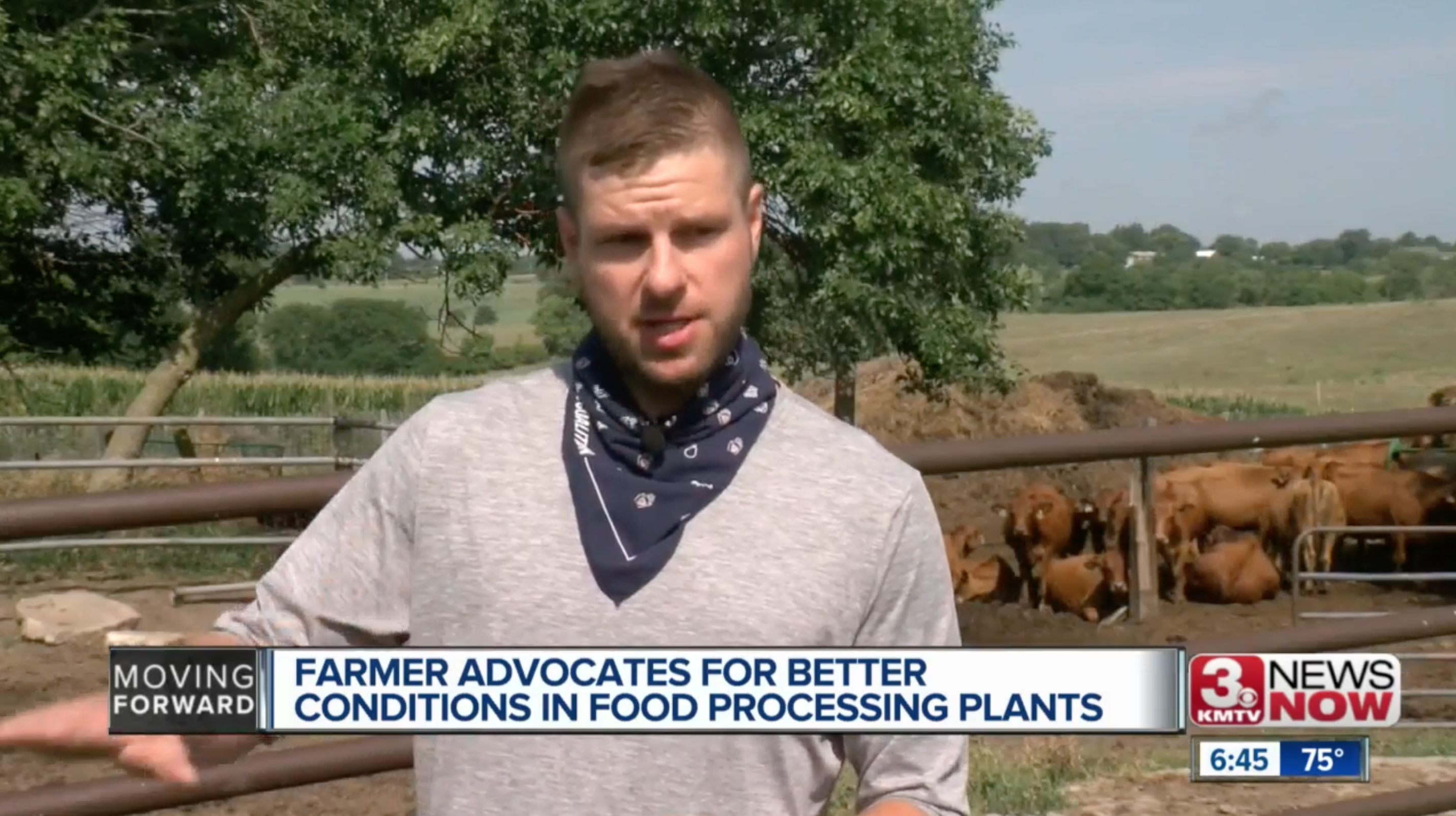 “There’s a lot of issues that are coming around in the food production system that we’ve been seeing for a long long time, and COVID has brought to light the fragility of the system,” says Graham.

He adds that with COVID-19, one of the biggest concerns is the high number of positive cases within employees at food processing plants.

“As a human rights issue, we need to protect the people that are in the processing plants. That's first and foremost,” says Graham. “Let's take care of other people who are essential and get food on the table for the rest of American consumers”

Growing up on a farm, he says he’s seen some of the struggles many of these workers have faced.

“As a family farmer, these hard working people, they came onto our farm and they helped my brother and I be able to clean up and produce our crop. And they came into the meatpacking plants and helped butcher the products so more people could eat. But those wages, from when I was a young man, in those plants, have never changed. As everything has gotten more expensive those wages have somehow continued to be oppressed,” adds Graham.

Graham thinks in order for workers at food processing plants to safely continue working while making a livable wage, there needs to be high pay, better benefits, and more safety-related protocols implemented to spread out the working lines.

“There needs to be an increased investment for PPE for the workers,” says Graham. “These are all very simple things that we could be able to do.”

During the summer, several protests related to better working conditions in meat packing plants in Omaha were had.

He also believes the state of Nebraska should get involved and allow for state inspections of meat processing plants.

“I encourage the leadership to not let this issue go away in the state of Nebraska. I encourage people to call for a special session so we can address the crisis that's going on with the meatpackers before the fall and the winter time come,” says Graham. “I also encourage the governor to think compassionately about human rights principles that the climates that many of these workers are dealing with through COVID and what they will be dealing with in the winter time.”