In Nebraska, He's Working to Break Up Meat Monopolies

While most of us have recently witnessed empty shelves and higher price tags from the aisles of our local supermarkets, 2019 Fixer Graham Christensen has been fighting for solutions to our fractured food system from the fields. A fifth-generation farmer, Christensen founded the consulting company GC Resolve to help his home state of Nebraska establish more ethical and sustainable agricultural practices. 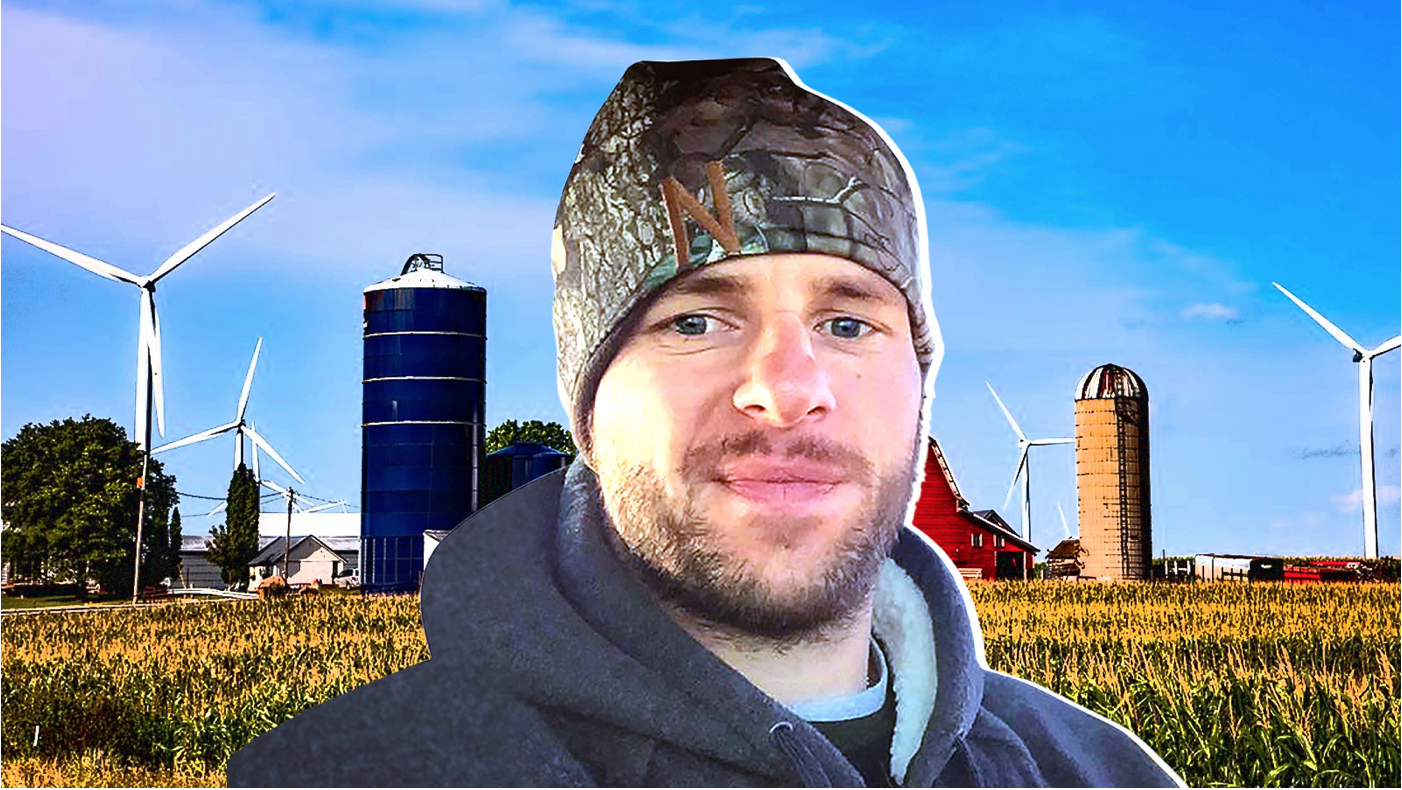 According to Christensen, corporate greed is to blame for major meatpacking-plantshutdowns — brought on by a surge of coronavirus cases among workers — that have led to nationwide shortages of pork and poultry. That greed is also to blame for the livestock sector’s emissions problem. “Under industrial control, under a plantation-economic scheme, there’s no way we can draw down carbon in enough time for the next generations,” Christensen says.

The antidote? Localized, independent, and resilient supply chains, for meat and more. To help promote these models, GC Resolve joined PReP Rural, a research-based pandemic response coalition that recently released a list of six policy-oriented action items to protect essential workers; support young, diverse farmers; and make climate-friendly livestock rearing the standard — all while keeping food on America’s tables. Here, Christensen gets real about how we can upend our corporate-controlled food system and rebuild it stronger.

The COVID crisis has really shown how predatory our food system is. The stories from the meatpacking plants are horrific. With no sign yet of a vaccine, the fall and winter look really scary for people who are going to be working in close quarters, many of whom are immigrants and people of color.

A few decades ago, those of us in rural communities lived really great middle-class lives. None of us were rich, but agricultural jobs came with great benefits. They were enough to put food on the table and put kids in college. But things really started to change in the 1990s, with the passage of the North American Free Trade Agreement (NAFTA). American farmers were highly subsidized and had an advantage over Mexican farmers when NAFTA passed. So Mexican farmers went broke.

In the early ’90s, when I was around 10, Mexican farmers were coming to our fields in Nebraska. My brother and I worked with those migrants who no longer had their own farms back home and were there to earn money to bring back to their families.

At the same time, at a meatpacking plant in a neighboring town, jobs that were once great lowered wages, and benefits became less accessible. The labor force from Mexico came in and took these low-paying jobs, which led to hostility among white residents even though these people make less money and live in extreme poverty.

Now, the average American farmer is in the red for a seventh year in a row. Government handouts from the flawed subsidy system are barely keeping those farmers afloat, and keeping the price of low-quality food artificially low, so we can’t sell cleaner products on the market. We farmers are having our wealth extracted from us, as well as our culture and our souls.

Farming fixes for the short and long term

PReP Rural lays out six policy items that the state of Nebraska, and the country at large, should implement. First, meatpacking workers need adequate pay, PPE, and standards for cleanliness and distancing. PReP Rural goes so far as to say that these workers’ health insurance packages need to be equal to those of the top folks within the company. We understand that these aren’t structural changes, but they’re top priority right now if companies are to honor human rights.

After that comes more long-term policy changes: updated and enforced antitrust legislation, and state and local inspection systems that aren’t controlled by the U.S. Department of Agriculture, which is not present in our communities and will not allow us to develop more localized plants. These changes, along with state-level corporate farming bans, will help to decentralize large meatpacking plants and ensure we avoid future shortages.

These policy changes will give young farmers more opportunities for ownership and access to regional and local markets; they’ll also support soil regeneration by properly incorporating livestock into the food-production system, which limits emissions and allows for carbon drawdown.

I would also like to see the federal government lift prohibitions on interstate shipments of state-inspected meat. I live in Nebraska, right next to Iowa. I can’t sell beef 20 miles away in Sioux City. That takes away a whole market of hundreds of thousands of people in my vicinity. That’s not fair, and it contributes to food insecurity, say, if there were a pandemic or a flood.

And we need to reinstate a grain-reserve program, which allows the government to purchase surplus grains from farmers during successful seasons and release those grains back on the market during difficult seasons. Given the fact that meat and other food may be in short supply if COVID gets worse in the fall and the winter — and that we face a future of climate-induced shocks — it makes even more sense to have grains and seed accessible.

Young people who are creative and energetic and entrepreneurial and open-minded are harder and harder to find, both in the farming sector and in rural communities — they’ve moved away to urban areas. And it’s these young farmers who can draw down greenhouse gas emissions to the levels that we need.

So how do we get those people back on the land with a pathway to ownership instead of multinational, industrial control of the system? We need subsidy reform on the federal level. We need to use federal assistance to help baby boomers retire and transition their land to young, diverse farmers — especially Indigenous farmers. And these young people need training in business management and soil health so they can implement biodiverse systems that draw down carbon and cleanse our water as rapidly as possible.

We need a more unified, equitable food system. I would like to see, selfishly, my own rural community be vibrant again with that youthful energy. I would like to see more diverse people integrated into Nebraska’s mostly white communities so we can rebuild our cultures together. I believe that it is possible and that everyone can have access to nutritious food. I don’t buy into the myth that we can’t feed the world.