This opens the county to the possibility of having more large animal feeding operations, including chicken operations. There have been chicken barns built in neighboring counties for Lincoln Premium Poultry, the Fremont facility processing chickens for Costco. 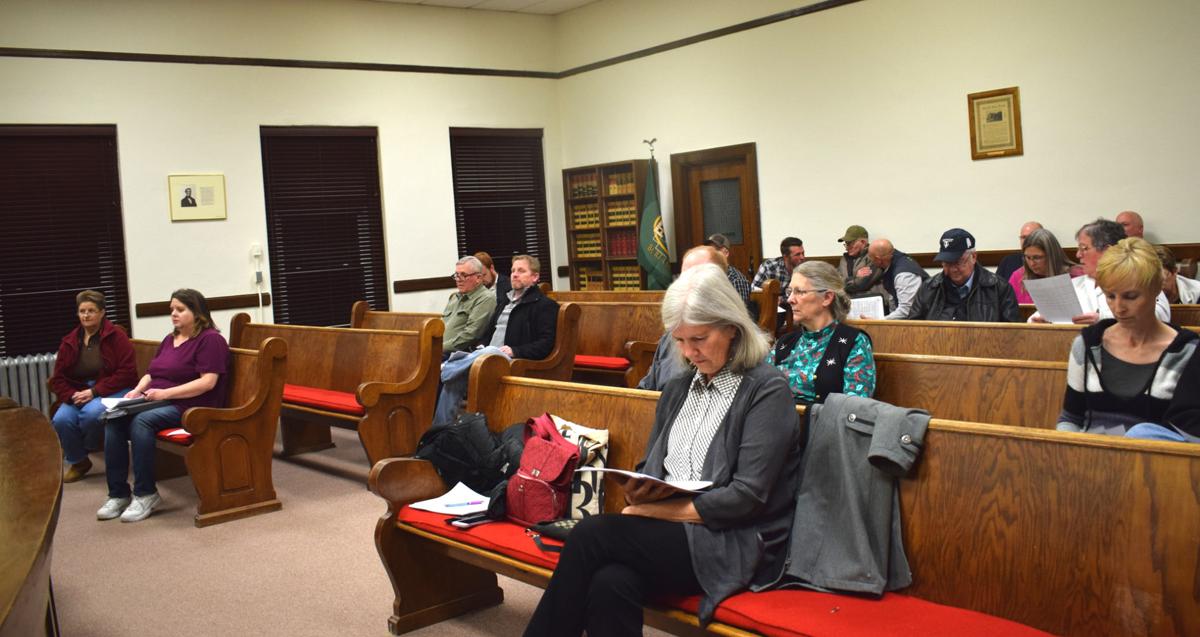 Ten people voiced their concerns throughout the meeting, some asking the board to consider keeping the setbacks as they were currently — an enclosed location or open lot — to the setbacks that merged those two regulations.

Brooks Larsen of Lyons spoke on behalf of the Burt County Cattlemen.

"We support the proposed setback changes for livestock feeding operations," Larsen said. "Burt County Cattlemen supports and encourages responsible livestock production. This expands our market for corn, soybeans and hay grown in our county and adds to our property tax base."

Lori Wheaton of Lyons was not in favor of the proposed setbacks. She provided the board with information, including a letter from Graham Christensen, the founder and president of GC Resolve. The letter refers to the Burt County zoning recommendations for the comprehensive plan. The proposed safeguards include no new large CAFOs applications until county regulations have been updated, putting a cap on the number of animals in these operations, keep existing setbacks for residential CAFO operations, among other recommendations.

"We ask you to please vote the future and livelihood of agriculture, especially animal agriculture in Burt County by making us more competitive in and among our surrounding counties," said Mark Blackford, manager of Craig Cattle.

Mark Vanderhart said he was fine with the change.

“I thought it was informative, what I learned most was we were relatively close to other counties in the general area,” Greg Brummond said.

“I think it was informative and I thought there were more people against it than for it,” Jensen said. “I think they are going to have another big go around when it gets up to the board. This isn’t over yet.”

Jensen spoke during the meeting suggesting the county keep the setbacks the same or increase and that odor is one of the major problems from the livestock feeding operations.

Wheaton was disappointed with the outcome. She said she thought they "jumped the gun" too much.

“I think they went from one-and-a-half-mile distance down to a quarter-mile too quick,” she said.

Chairman Rodney Bromm said he thinks this change could be positive.

“It brings our setbacks down to where we are more competitive with other surrounding counties,” Bromm said. “It’s allowing people to come in and start farming operations, it encourages business in the county and if it’s a bad business we can still say no.”

After the motion to approve the new setbacks was made, the board addressed questions the public had contacted them with, including questions on land values changing if livestock came in.

Bromm said he did not think it was as much of a problem today. Several board members said they received calls from the public expressing their opinions, including that of the potential for bad odors from the operations.

The decision now goes to the Burt County Board of Supervisors. The next meeting is Jan. 14 though it is unclear when they will be addressing this proposal.

By Elizabeth A. Elliott/Oakland Independent